← more from
Off Tempo 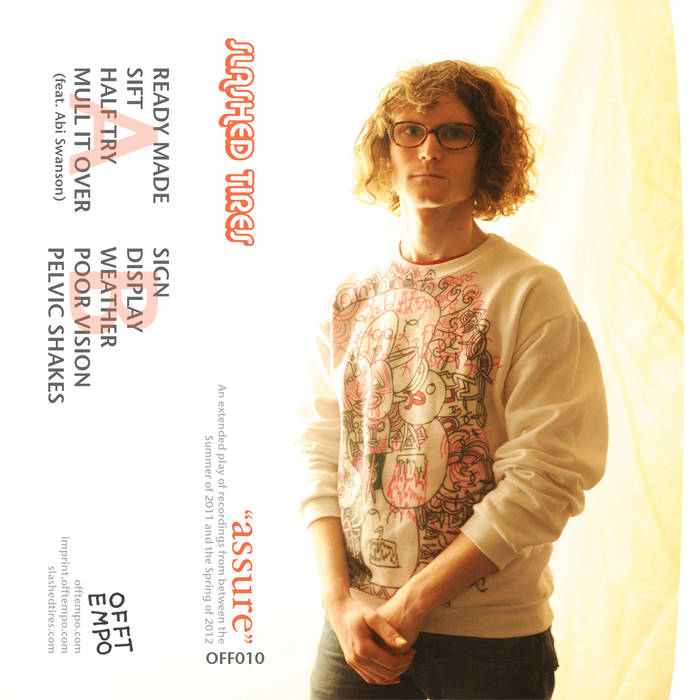 This EP was recorded in Seattle between the Spring of 2011 and the Winter of 2012 at Funny Button in the studio of OFF TEMPO. All songs are really good and you like them.

Ready Made, Sift, and Half Try were recorded after visiting Heather Sorrentino and James Burns with Clyde Petersen on Christmas 2011. I was up really late working on those three classic hits. I was supposed to go to Nanaimo in Canada to play a show with Apollo Ghosts and Krisjanne Rasper (KMVP) but I was feeling depressed and also realized I was broke. I still feel bad about it. You know... that thing where when you let your friends down you’re also letting yourself down.

Those three songs couldn’t have been created without the help of Corey J. Brewer lending me his 4-track cassette machine. OFF TEMPO’s Tascam-38 needed to be recalibrated and it was about a week later by Bob Schwenkler at Dub Narcotic Studio. After the ’38 was back to normal, the first song recorded on it was Mull It Over. Tennessee Rose (Cap Lori) was initially planned to be the featured vocalist on it but after a couple of attempts, scheduling conflicts, and errors on my part, we had to move on from it. Abi Swanson is the featured vocalist on this song instead.

Special thanks to Bob, K, and Dub Narcotic Studio (for being the kind beings that they are), Shelby Turner (for transporting the ‘38 to and from Olympia)

All songs were written, produced, engineerd by Kenneth except where otherwise noted

Sign, Pelvic Shakes, and Weather were engineered by Jane Applesauce

Display and Poor Vision was engineered by Geoff Traeger

Abi Swanson sang on Mull It Over (the dance hit)

Bandcamp Daily  your guide to the world of Bandcamp